Dr. Mark Sisco combines a lifelong passion for medicine with a refined sense of aesthetic harmony as a board-certified plastic surgeon in the North Shore area. At his Northbrook plastic surgery practice, Dr. Sisco sees men and women of all ages, lifestyles, and body types and strives to exceed their expectations with exceptional outcomes.

To meet with Dr. Sisco, request a consultation online or call NorthShore Plastic Surgery at (847) 504-2333.

A Lifelong Passion for Helping People 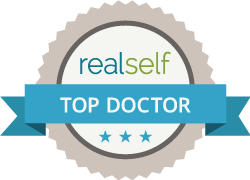 The idea that science could be directly applied to help people appealed to Dr. Sisco at a very young age. He’s translated that interest into a plastic surgery career that includes training at some of the nation’s most renowned medical centers and a position as the Chief of Plastic Surgery at NorthShore University HealthSystem.

Dr. Sisco’s impressive educational background and professional accomplishments are unsurpassed among North Shore plastic surgeons. After obtaining a Bachelor of Arts degree in Art History from Columbia University, Dr. Sisco earned his medical degree from Northwestern University Feinberg School of Medicine. He remained at Northwestern to complete a plastic and reconstructive surgery residency, where he served as administrative chief resident.

Dr. Sisco then honed his expertise in reconstructive breast surgery and microsurgery through a fellowship at Memorial Sloan Kettering Cancer Center, working alongside some of the world’s leading oncologists and surgeons. 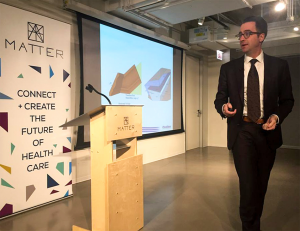 From studying the science of scar formation and development in a clinical setting to publishing several textbook chapters and journal articles regarding both aesthetic and reconstructive plastic surgery, Dr. Sisco remains actively dedicated to improving the technical craft of plastic surgery.

Additionally, he spends much of his own time serving on committees tasked with improving surgical quality, including with the American Society of Plastic Surgeons (ASPS), the Kellogg Cancer Center, and NorthShore University HealthSystem. He recently attended the annual American Society of Breast Surgeons meeting where he was the resident plastic surgery expert.

Dr. Sisco was recently interviewed by the Washington Post about the safety of textured breast implants. Click to read the full article.

Dr. Sisco is very professional. He took his time to explain what the procedure was going to be. Very bright. I think he is awesome, fit right in with NorthShore. I had a great team throughout the surgery.

A Candid Q&A With Dr. Sisco

In his own words, Dr. Sisco describes his path to plastic surgery and how he evaluates the results of surgical procedures he performs.

What led you to pursue a medical career and, later, to choose plastic surgery?

Growing up, I always had a passion for medicine. The notion that science could be directly applied to help people in need was very appealing. My early interests were in heart and trauma surgery—these seemed to be the most immediately gratifying surgical fields. Plastic surgery, however, attracted me because of its more unique aspects. Only in plastic surgery can I apply technical skill, creativity, and an aesthetic sense to directly improve my patients’ lives. I find this intensely gratifying.

Is having an art background important to your plastic surgery success?

I don’t necessarily think someone needs to be an artist to be a good plastic surgeon, buy one does need a sense of design, which is informed by aesthetics. Design requires attention to both form and function. Function is easily taught in medical school. Form is not. My training in the arts helped me master proportion, scale, and shape. This training constantly guides the decisions I make as a plastic surgeon, whether I am reconstructing a complex cancer defect or performing an aesthetic procedure.

Please describe some of the most important changes in plastic surgery you’ve seen.

While perceptions of beauty have changed little, research and technology have enabled us to provide more consistent results with greater safety than ever before. For example, we now have many more choices for breast implants than ever before. This means I can tailor a breast augmentation procedure to the cosmetic wishes of each patient. The development of minimally invasive procedures is another significant change. We can now offer more subtle enhancements with less cost and downtime.

What do you consider exceptional results for one of your patients?

Achieving the exceptional result is about exceeding expectations, not only in terms of the aesthetic outcome, but also the patient experience. It involves making sure that the chosen procedure is aligned to my patient’s desires with respect to goals, risk, and recovery. It must incorporate communication, empathy, safety, and a clear understanding of the emotional and psychological needs of the patient. Finally, it requires accurate planning and meticulous execution.

Learn more about our new appointment policies to help keep you safe.